"Black Hornet" - Eye in the Sky

The "Black Hornet” is an organic and extremely light-weight UAV, which is easy to operate and fast to activate. It provides the modern-day warrior with a piece of equipment for instant use on the battlefield. The personal pocket-sized ISR (Intelligence, Surveillance and Reconnaissance) capability allows immediate situational awareness for soldiers executing dismounted operations like a smart little scouting.

A surveillance micro drone, easily started from the palm of a soldier’s hand, can fly horizontally and take a look from above on a suspicious area or hover next to a building and look through a window, giving soldiers on foot patrols an advantage of seeing what’s there from a safe distance - all this is the Black Hornet.

When U.S. troops in Iraq and Afghanistan needed to see whether danger lurked over the next hill or in the next city block, they often relied on small, hand-launched, fixed-wing unmanned aerial vehicles, such as the Army’s Raven and the Marine Corps’ Dragon Eye. Perhaps no technology is more important today for soldiers on a foot patrol than flying robotic micro drones equipped with cameras, which can be used to get a bird’s eye view over a certain object.

The system has been in development since 2007 and the market breakthrough came in 2011, when British forces bought the system and started using it in Afghanistan. Since then the British Ministry of Defence (MoD) has awarded the best credentials to the Norwegian technology and even referred to the PD-100 as "a revolutionary system”.

The system provides real-time live motion video back to the operator and the opportunity to take snapshots during operations. Combat-proven in Afghanistan by NATO-forces and with a range exceeding 1.2 km, the PD-100 PRS represents an operational capability available to military units.

With this very small micro drone (copter), named PD-100 "Black Hornet" PRS (Personal Reconnaissance System), a patrol infantry team or Special Forces soldiers can quietly conduct surveillance tasks in urban areas or in areas with dense obstacles, thus providing security and seeing hidden enemies or positions. What the PD-100 Black Hornet PRS brings to the team is the ability to get a close look at dangerous situations as they unfold. A major tactical advantage of the micro drone is that it is very easy to carry, because it is attached to the combat carrying harness, and that it starts from the palm of the hand, which enables it to be launched from confined areas. The PD-100 "Black Hornet" PRS has maintained its combat proven credentials with a variety of international military forces since 2012. Designed to operate by the soldiers in the field, it is simple to operate. The PD-100 PRS is a force multiplier (makes a given force more effective than that same force would be without it) that provides the war fighter on foot with immediate eyes-on-target and real-time situational awareness. Inherently safe and truly organic, the PD-100 PRS has introduced an unique game-changing dimension to small team covert reconnaissance tasks.

A PD-100 "Black Hornet" PRS is a complete nano unmanned aircraft system (UAS), consisting of two nano helicopters, a base station, a single hand controller, a display unit and a pouch. Total system weight is 1.3 kg. The system is delivered in a waterproof hard transport case.

The "Black Hornet" Nano is a "flying robotic video camera" that resembles a helicopter if you can see it at all, because it is as small as a colibri (hummingbird). Its small size and electric motor makes it virtually inaudible and invisible beyond short distances. The nano air vehicles are inherently safe and pose virtually no risk to other air vehicles or personnel, allowing the system to be operated almost anywhere and any time without prior airspace coordination.

The nano copter can hover and fly in any direction and is operated by a soldier using a small control unit that directs its movements in the air. The base station holds the two nano air vehicles and contains all necessary functions to plan, execute and analyse missions. All operational data is stored in real time on the base station. Internal rechargeable batteries supply power to the external display and recharge the nano air vehicles. The base station also contains the detachable single hand controller. In addition to external head mounted display options, Prox Dynamics offers a lightweight daylight-readable display for the Black Hornet. The high quality 7-inch screen allows information to be shared between users.

The PD-100 is designed as a short range ISTAR (Intelligence, Surveillance, Target Acquisition and Reconnaissance) system for lower-echelon combat units. The complete system is easily carried by a single soldier in a pouch attached to the load bearing system along with the rest of his combat gear, providing the unit with a quick reaction reconnaissance and surveillance capability. It is easy to use and requires only a few hours of training.

The UAVs (Unmanned Aerial Vehicle) are fully assembled and ready to fly after a short initialisation period. The system may be operated in standby mode for prolonged periods of time. Pre-planning waypoints and reference points are possible, but not required for flight operation. Guidance is provided through the GUI (Graphical User Interface).

Live video and still images are down linked on the digital data link to the operator and stored automatically on the base station. After completing the mission, the UAV is placed back inside the base station for system checks and recharging. When the team is about to enter a suspicious area, for example, the drone is sent out to take a closer look at the area in question with its "bird’s eye”.

The PD-100 Personal Reconnaissance System provides law enforcement agencies with a pocket-sized ISR (Intelligence, Surveillance and Reconnaissance) capability that provides instant situational awareness. The PRS provides Non-Governmental Organisations (NGOs) with an unique piece of equipment for use in both urban and rural settings under any climatic conditions.

The personal pocket-sized ISR capability allows the operator to get situational awareness and reconnoitre points of interest from a safe distance. Hence, the PD-100 PRS can be used as an effective tool to enhance force protection for the operator’s own organisation and for civilians.

The Norwegian mini drone has received an overhaul-it has been considerately improved. The new version (Block II) flies faster, withstands more wind and has a greater range, longer flight time and better cameras. In addition, it has been turned into a night-capable version of its former PD-100 Black Hornet unmanned air vehicle, believed to be the world’s smallest operational military UAV.

The world’s smallest operational military Unmanned Aerial Vehicle with a night capability was unveiled by Prox Dynamics during the Association of the United States Army (AUSA) in Washington DC October 2014. The night version of Black Hornet is called PD-100 T. This Block II variant has its original three cameras replaced by two cameras, one of which is a thermal sensor, provided by FLIR Systems, the world’s largest manufacturer of IR equipment (infrared). Prox Dynamics and FLIR have cooperated closely over the past years.

A few months before the Block II variant was unveiled, the smallest camera weighed 25 grams. The unit being mounted on the PD-100 T weighs merely half a gram. With the electro-optical-infrared (EO/IR) sensor, the PD-100 T has a somewhat smaller field of view than the ordinary variant. While flying, the operator can, of course, switch the mode and both camera feeds are stored in parallel into a raw format. The Block II’s new cameras have better optics, a higher resolution and more sensitivity than the previous version. The resolution is increased from VGA (Video Graphics Array) to HD (High Definition) and the enhanced optics enhances image quality under dimmer lighting and images with shorter exposure in normal lighting conditions can be taken as well. In addition, the field of view (FOV) is increased to 65 degrees horizontally and 130 degrees vertically (25 degrees above and 15 degrees below). The initial intention for the update has been the availability for better components, but Prox Dynamics also has based the improvements on the feedback from customers who have used the PD-100 operationally.

The ability to cope with stronger wind and improved quality snapshots stood highest on the wish list. The Black Hornet Block II’s engine is upgraded, resulting in a much higher speed and better wind resistance. Maximum speed is increased from 3 to 5 meters per second (from 11 to 18 km/h). The drone can now fly at 15 knots in constant wind (7.7 m/s) and with the wind at 20 knots (10.3 m/s), versus 10 and 15 knots on the previous version. The nano-helicopter is now able to operate up to 1.6 km away from the ground station, versus 1 km for the previous model, and 3.2 km with external antenna Radio Line of Sight. The flight time between charges has increased from 20 to 25 minutes. That is partly due to a new battery, which has a somewhat higher capacity and a more efficient new engine. Otherwise, PD-100 T has put on only just over a gram in weight after this midlife update. The helicopter now weighs approximately 17.5 grams versus 16.2 grams for the first model. According to the manufacturer, its weight gain is evenly balanced with one third each on camera, engine and battery.

The flight time of the production version is indicated as 25 minutes. In summer 2014 Prox Dynamics was out in the field three times, testing the designed PD-100 Block II. All of these three flying tests lasted between 55 and 57 minutes-very long for an electric helicopter.

It is important to emphasise that this was a lab test with a PD-100, which was optimised in all respects, encompassing the engine, the rotor and the battery. But it gave obviously an indication of the capabilities of the PD-100 Block II.

Prox Dynamics was established in 2007 by three aviation enthusiasts with a background in defense and the technology company Tandberg. They established a joint venture with the Norwegian Defence Research Establishment (FFI) as the second party and ‘Innovation Norway’ as a third party to start the development of an unmanned, flying reconnaissance micro copter for defence units. Prox Dynamics produces most components of the PD-100 itself, above the chip level. For example, the company buys the IR detector but has designed and built the new camera itself and it also designs and builds the high-efficiency propulsion motor.

Component design, the company says, allows the PD-100 to achieve a useful endurance while powering the cameras, the data link and the GPS receiver. Dialogue with Norwegian soldiers in the field have provided important input in product development and the result is this nano copter Black Hornet that police organisations and defence organisations around the world are interested in. Prox Dynamics is a privately held company, focusing on the development of world leading nano and micro air vehicles and associated technology. According to Aviation Week, more than 3,000 PD-100 air vehicles have been delivered, and the system has been used operationally in Afghanistan by British Army units since 2012.

Major (ret) Walter Christian Håland was a member of the Norwegian Armed Forces. 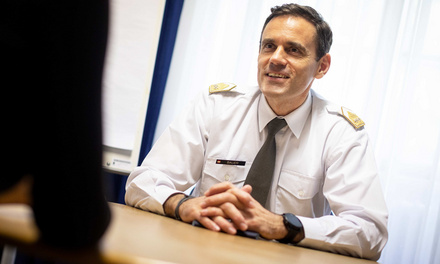 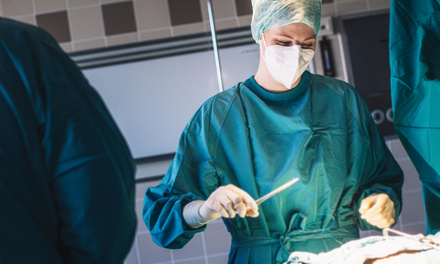 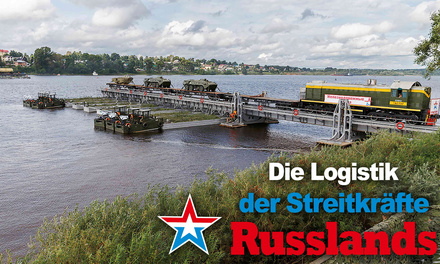 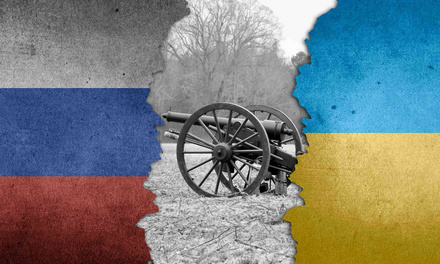 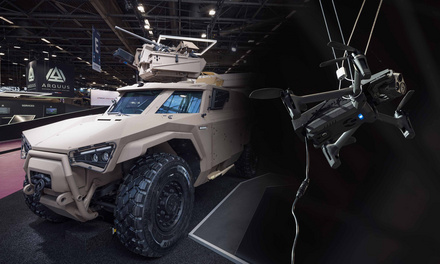 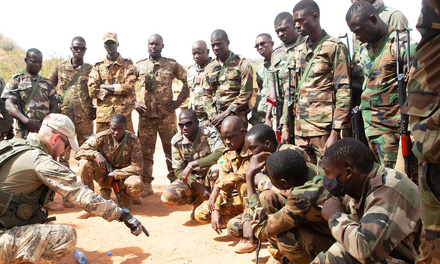