Up gunning Stryker and Oshkosh JLTV

The U.S. Army wanted a vehicle that could rapidly transport and protect infantry to and around battlefields. The Stryker is a family of eight-wheeled Infantry Carrier Vehicles derived from the Canadian LAV III and based on the Swiss Piranha III 8x8. The Oshkosh JLTV was selected as the winner of the JLTV program on 25 August 2015 called the L-ATV as a replacement for the aging Humvee. The L-ATV, or Light Combat Tactical All-Terrain Vehicle, will be slowly deployed over the next eight years, with approximately 17,000 units slated for production.

The U.S. Army wanted a vehicle that could rapidly transport and protect infantry to and around battlefields. The Stryker is a family of eight-wheeled Infantry Carrier Vehicles derived from the Canadian LAV III and based on the Swiss Piranha III 8x8. Stryker vehicles are produced by General Dynamics Land Systems Canada for the U.S. Army. It has 4-wheel drive (8×4) and can be switched to all-wheel drive (8×8). With the exception of some specialized variants, the primary armament of the Stryker is a Norwegian KONGSBERG PROTECTOR M151 Remote Weapon Station (RWS) with a stabilized .50-cal M2 machine gun, 7.62mm M240 machine gun, or Mk19 automatic grenade launcher. The choice of armament was driven by many factors. The PROTECTOR M151 RWS has been effective against attacks from insurgents in Iraq and Afghanistan. Since the end of the Cold War, U.S. Army has not been keeping with what peer adversaries have focused on during this same period.

The Stryker ICV has been in service for a decade. The PROTECTOR RWS is a proven product based on millions of hours of operational experience in combat zones combined with a close cooperation with Defense Forces worldwide. The PROTECTOR has an unprecedented Operational Readiness Rate of 99%. In August 2007, KONGSBERG was awarded the prestigious contract of CROWS II (Commonly Remotely Operated Weapon Station) by the U.S Army. CROWS is a joint acquisition program for weapon stations for the U.S. Army vehicle programs. In the light of current threat assessments and the evolving strategic situation in Europe and its wider neighborhood, the 2nd Cavalry Regiment (known as the Dragoons) based at Vilseck in Germany wanted added firepower to their Stryker ICVs with an armament that’s more lethal and capable to create battlefield overmatch in scenarios ranging from asymmetric warfare to peer-on-per engagements. The Service leaders approved a plan in 2015 for that operational need. The XM1296 (8 x 8) from General Dynamics Land Systems (GDLS) is one main part of the Stryker Lethality Upgrade Program (Stryker LUP). This Stryker LUP has a more powerful engine, upgraded suspension and improved protection with double V-hull. GDLS is under contract to supply the XM1126 under an Urgent Needs Requirement (UNR) for deployment by the US Army 2nd Cavalry Regiment.

In addition to the eight XM1126 prototypes a total of 83 production vehicles are being built. The up gunning is the other main part. Orbital ATK Armament Systems are ramping up production of their latest 30 mm XM813 Bushmaster dual feed “ Chain Gun “.

The first production application for this weapon is for installation in the KONGSBERG’s Medium Caliber Remote Controlled Turret (MC-RCT). Orbital ATK was contracted in February of 2016 to deliver the first eight XM813 EMD guns. A follow-on contract for (83) XM813 production cannons was awarded in June of 2016. The first six production cannons were delivered early to contract in June 2017 and to date, Orbital ATK has delivered 43 of 83 cannons with contract completion currently ahead of the scheduled March 2018 completion date. The MC-RCT is also armed with a 7.62mm machine gun, banks of electrically operated grenade launchers and with gunners stabilized day/night sight to the right of the 30mm XM813. The 30mm XM813 barrel is heavier than the 30mm MK44, is chrome lined, fitted with a muzzle brake and has new dual recoil system. The Meggitt link less ammunition feed system has two ammunition boxes each of which hold 150 rounds of ready use ammunition. The dual feed system allows the gunner the ability to have ‘true’ first round select capability. This allows the gunner the ability to select and fire a round from either box without sacrificing a round that was previously chambered.

The 30mm MK310 PABM-T is the first ammunition of this type to be deployed by the US Army and provides the platform with the ability to defeat defilade targets or for example to take out anti-tank teams with the gunner having the capability to programme the round for airburst, point detonate or point detonate with delay. The rounds’ programmable fuze allows for even greater target engagement capability. The warhead can be set to penetrate through lightly protected cover and then burst, or burst immediately upon impacting the target. KONGSBERGS’s MCT-30 system is remotely controlled and operated from a protected position inside the vehicle compartment by the gunner and commander having the same controls and displays as the KONGSBERG’ remote weapon stations. The system allows for reload under armor. The upgrade allows longer range engagements, with greater effect and on the move and even if the target is under move.

The 30mm XM813 can, like the currently deployed 30mm MK44 Bushmaster II, be upgraded to 40mm by changing a number of parts. These include the barrel assembly, inner recoil spring set, a forward feeder assembly and then upper/lower feed sprockets. In addition the fire control system (FCS) of the turret/remote weapon system would have to be modified and an inductive ABM fuze setter coil added to the feeder. The 40mm weapon has 90% logistics commonality with the 30mm weapon with case ejector forward like the other weapons. The M1296 Infantry Carrier Vehicle, with increased lethality and carrying a nine-man infantry squad and a crew of two, will meet the operational need statement from the 2nd Cavalry Regiment. The U.S. Army's first 30mm Stryker Infantry Carrier Vehicle – Dragoon, along with the first Stryker with CROWS-Javelin (CROWS-J), will go to Europe in December 2017 for an operational test.

The Oshkosh JLTV was selected as the winner of the JLTV program on 25 August 2015 called the L-ATV as a replacement for the aging Humvee. The L-ATV, or Light Combat Tactical All-Terrain Vehicle, will be slowly deployed over the next eight years, with approximately 17,000 units slated for production. Oshkosh is a light utility/combat multi-role vehicle. It’s highly protected, highly mobile and very affordable. It’s in production for U.S. Army at moment.

While the L-ATV nearly twice the size of the current Humvee, it still fits in a Lockheed C-130 airplane, along with other military transport vehicles. Air-lift hooks protruding from its hood and rear bumper allow for helicopter transport, despite its 14,000-pound curb weight. As mentioned above, the Army is focused on making its force more lethal and also more prepared to fight against peer adversaries and emerging threats. KONGSBERG and Orbital ATK have realized a PROTECTOR RWS-LW30 remote weapons station with the M230LF 30mm Chain Gun mounted on an Oshkosh JLTV, the four-door, general-purpose variant.

The 30mm cannon has enhanced lethality capability over the .50 caliber gun. The 30mm M230LF is a more capable version of the 30mm cannon featured on the Apache helicopter and is a member of the Chain Gun family of externally powered, combat-reliable conventional automatic weapons. The M230LF boasts a DC drive motor with a firing rate of 200 rounds per minute, and has a reliability of 22,000 mean rounds between failures. It fires M789 HEDP, M788 TP and NATO standard 30mm ADEN/DEFA ammunition. Other features include electronic round counting capability, an anti-hangfire system, extended-length barrel for enhanced muzzle velocity and a delinking feeder that allows the use of linked ammunition. The M230LF has air, ground or sea weapons platform applications. KONGSBERG is the world’s leading provider of Remote Weapon Stations (RWS), providing flexible system solutions that meet the customer’s specific requirements.

This flexibility and modularity provides the capability for high power arms for many operational needs and switching between the installed weapons is easily performed by the operator from the intuitive Human Machine Interface. The fully stabilized system provides unmatched observation and engagement capabilities where the gunner is enabled to keep his/hers sights on target, independent of the ballistic solution for the weapon in use. The versatile system architecture enables support for future integrations such as Stinger missile or other effectors. The system is designed with a balanced Sight Servo Assembly and automatically compensates for the parallel axis between the sights and the weapon axis. The sensor assembly has high performance laser range finder, day and thermal camera. The fully stabilized sensors are matching the extended range of the 30mm canon and the long range Javelin. 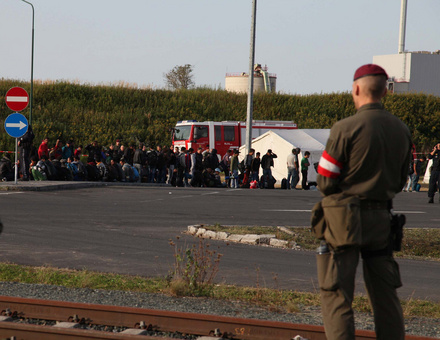 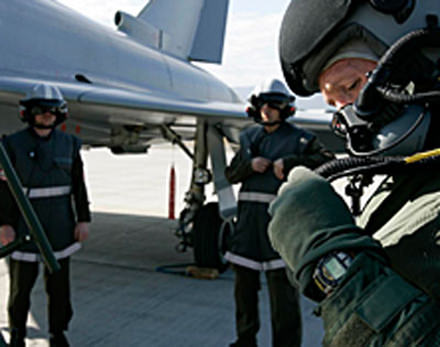 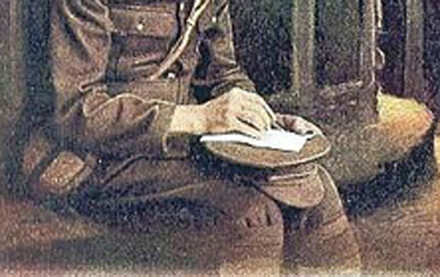